After a few messages back and forth Steph and I arranged a quite spontaneous but perfectly orchestrated evening. We began our evening with dinner at a community food program at a local church. The region puts on the dinner while the church lends its gym for the event. A group of volunteers prepare and serve the food. We sat at table #1 which I was told is always called last. I guess they must go by the verse ‘the first shall be last.’ Steph and her mom are regular guests at the program and are very familiar with both the volunteers and guests. When I arrived I was greeted with smiles and generous portions of casserole, caesar salad, veggies and even a slice of pie with vanilla ice cream for dessert. Although I didn’t have much of a chance to chat with Steph during the meal, I discovered that I had more connection to the guests at my table than I thought.

After our meal we said our goodbyes to our tablemates and volunteers and headed off to chat, just the two of us. The coffee shop we planned on going to was closed for renovations, so we decided to go for a long walk instead. As we headed towards the walking path behind her complex, Steph pointed at a car pulling out of the parking lot with people she believed to be drug dealers. It makes her unhappy and she’s uncertain about how to interact with them (which is completely unlike her very friendly personality). Steph is like a ray of sunshine that warms even the coldest person, cracking the ice to call forth a smile. 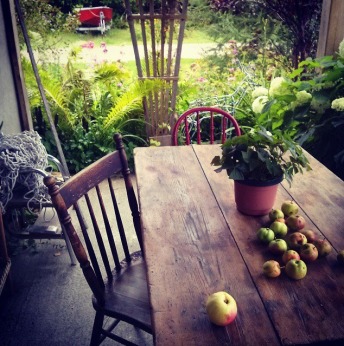 “Come, all you who are thirsty, come to the waters; and you who have no money, come, buy and eat!” Isaiah 55:1a

As we start our walk under a beautifully lit sky, Steph, with intense emotions, answers the question, “Do you hear God’s voice, and if so, what does it sound like?” She tears up as she explains that God is her everything. He is someone that she talks to all the time. When she was 15 years old God would speak to her during worship services by giving her pictures in her imagination. She would see pictures of Jesus and her sitting on a cliff or riding a Vespa. She said it was God’s way of telling her that together they would go on adventures. To me it’s this magnificent reminder that God loves us like a friend. He finds joy simply by being with us, whether it’s sitting side by side or going places together. God uses our imagination to speak to us.

Steph’s friendship with God and these vivid pictures contribute to her honest dialogue with Him. She doesn’t shy away from her emotions and from time to time will ask God, “Why am I so angry today?” Knowing that God will reply, she’ll wait for an image in her mind. Sometimes the root of her anger is from a past experience. She will then ask God for wisdom and will receive a sense of resolve. I know what’s it’s like to wake up angry, but unlike Steph I may not address the emotion by asking God what’s causing my anger and for help to resolve it.

As we reached the end of the path and turned around to walk back home, Steph began to dive deeper into ‘God being her everything’ – the statement that triggered much emotion at the beginning of our walk. You see, at dinner before we entered the gym to get our meal we were given a name tag. Steph didn’t need to tell the volunteer her name, as she was a repeat guest. Steph has that warm, friendly personality that makes anybody and everybody feel welcomed and special. Although her name tag read “Steph”, she admits that ‘poverty’ was a word that defined her for many years – something she wore as a label. She didn’t go into much detail about her upbringing other than she is 1 of 8 children and often did not have the money and resources needed for everyday life. Not only did her family lack the resources, she also struggled with the poverty mindset. For her, money was strength. Without it she felt powerless.

God, on the other hand, used money to strengthen her faith and test her obedience. Having a passion and natural ability for acting Steph spent four years and $25000 to become a professionally trained actress. She pursued acting but with the need to pay off student loans she had to move back into her complex with her mom. During this time she felt called to attend a ministry school in California. She lacked the financial means to attend the school but within two weeks she had $5000 given to her by friends and was able to go. She was living on about $20 a week for groceries and during a church service God asked her to give it all away. To her, money meant power (not to mention food) and without it she would be powerless. After many tears and wrestling with God, a close friend helped her obey God’s voice and Steph gave her only $20 away. Moments later God blessed her with $1000. She shared what God had done and more people received financial blessings. Money is power but there are two types of investments: one fattens you up and makes you selfish, and the other strengths your faith and builds God’s kingdom. “Command those who are rich in this present world not to be arrogant nor to put their hope in wealth, which is so uncertain, but to put their hope in God, who richly provides us with everything for our enjoyment” (1 Timothy 6:17). This investment was the latter.

During the year Steph spent at ministry school God’s voice was heard in a stronger tone. She said, “The more you hear God’s voice and act on it in faith the clearer and more consistent it becomes.” I asked her a tough question: “Now that your working a 9 to 5 job, does God still speak to you in these extreme ways?” To this she replied, “God still speaks but sometimes it looks different for different seasons. God says ‘yes’, ‘no’ and ‘wait’.” Today, God says to her, “Wait!” Steph still has dreams to act and to be married, but a lot of her life looks different than what she’d thought it would. 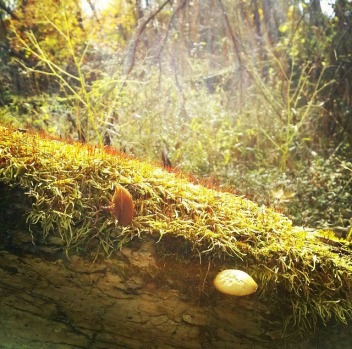 “Look at the birds of the air; they do not sow or reap or store away in barns, and yet your heavenly Father feeds them. Are you not much more valuable than they?”         Matthew 6:26

God speaks to Steph. His voice is heard in the flowers and skyline during a rough day and felt through the tenderness of a close confidant. To Steph, God is her everything!

I have to admit I could have written so much more about our conversation. I was incredibly humbled and personally challenged by Steph’s unashamed willingness to talk to God like a friend and to give everything she had when all she had was enough for a week’s worth of food. I’m reminded that God doesn’t see our frustrations or questions as nuisances but wants us to draw near through honest dialogue.

I hope that LISTEN will encourage stillness through short blurbs, inspiring photographs and quotes. In LEARN you’ll find personal reflections on life and faith. In LIVE you’ll find interviews with featured guests and hear their personal stories on hearing God, learning and living.