Mulling over the drink menu at one of our favourite local restaurants, four of us sat on bar stools catching up about last week’s birthday celebration. It was a fun event that brought together a large crowd of new and old neighbours, friends from work and old band mates, as well as family. Being an introvert at a party and knowing only half of the crowd required a lot of energy (small talk is not my thing).

As the party was coming to a close, I met my friends’ former neighbours – an outspoken extrovert and his quiet introverted wife. Filling the air with colourful words, he told stories of anarchy while I stood there smiling uncomfortably and being shocked into laughter. He was a force, untamed, wild and free. He made no apologies. He is who he is, like it or leave it. As uncomfortable as I felt, I saw through the vulgarities. At his core he  is a committed husband and father – a family man. He described his relationship with our mutual friends as the best type of neighbours you could have – sharing meals together, shovelling snow from each others’ driveways, or helping move heavy furniture followed by a beer or two afterwards. He was such a fascinating guy that he became the springboard for an interesting conversation the following weekend with our friends about self-identity.

During our meal, the four of us all agreed that as vulgar as he is, people still like him. My extroverted friend (the only one at the table) passionately said that when we aren’t comfortable with our identity we are just filling in the spaces of someone else’s expectation of us. We are ‘space-fillers.’ With my cocktail close to being finished and my belly satisfied with delicious food, I was far from leaving this profound metaphor at the restaurant. This image of filling the space of someone else’s expectations was sparking so much intrigue that I had to give it more time to expand.

I am a quiet observer and emotionally aware, picking up on subtle gestures, tone and key words. These are not bad qualities, but recently I’ve become more cognizant of why I am this way. These qualities stem from a deep need to avoid conflict – even the tiniest amount of friction. A costly endeavour that requires endless amounts of effort and never works 100% of the time. It requires constant listening, silently enduring hurtful comments and nodding “yes” when you need to say “no.” It never speaks up and lacks the courage to say “Stop” or walk away when enough is enough. It swallows emotions, chokes back tears, holds onto pain and anger causing resentment. It’s filling the spaces of someone else’s expectations instead of taking up my own space. A costly price to pay for peace.

When you’ve been a ‘space-filler’ your whole life like me, it’s a tough transition to become your own ‘space.’ My greatest challenge is having the courage to recover ‘ME.’ The ME before I was told who and what to be. When I finally understood my feelings and needs are not a cause for conflict, I gave myself permission to own my identity (feelings and all).

Self-recovery has involved finding my voice by having the confidence to communicate all my emotions (including the ugly ones) and needs to trusted loved ones and in everyday social interactions. It’s being aware that conflict is an opportunity to further explain yourself and not an opportunity to roll over and play dead. I now know that I have every right to get out of unhealthy relationships where I am expected to be a ‘yes woman.’ Recovering ME is a daily practice of trusting my worth, respecting others and having the confidence to own my needs and act on them. 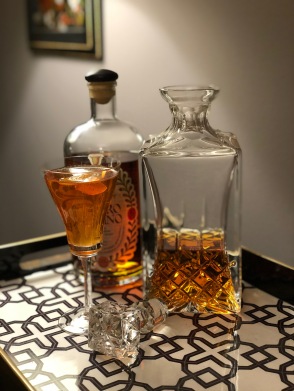 “Conflict is the beginning of consciousness.”

One thought on “Filling Space” 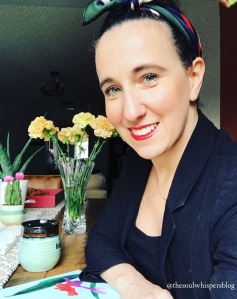